Here’s some of what I’ve been reading lately.

The short stories in Elizabeth McCracken’s new collection often catch characters out of pocket, having arrived at a strange destination. “All her life she’d felt foreign; landing abroad, she was relieved to assume it as an official diagnosis,” thinks one character, in “Mistress Mickle All at Sea.” This is Jenny, who plays a villainess in a kids’ TV show, alone on a ferry to England after visiting her brother. In a lesser writer’s hands, this story might be merely meditative, even dull, but a McCracken story is never boring, and this one, like all her others, offers plenty of surprises.

Four stories follow a couple, Sadie and Jack, through their long relationship. In the opening story, “The Irish Wedding,” a young Sadie and Jack arrive in Ireland for the wedding of Jack’s older sister to a Dutch man. We get a portrait not just of this couple, and all they don’t know about each other, but of Jack’s quirky, possessive family—a wedding story both strange and recognizable. And in the collection’s final story, Sadie and Jack are getting married, twenty years later. On their honeymoon in Amsterdam, they simmer and fight, remembering their love when family tragedy strikes.

Grief, loss, and the passage of time run through these stories, but so does humor—both the wry and laugh-out-loud varieties. Humor even lurks in the narration’s sharp, small observations: “a hale septuagenarian couple wore matching sensible shoes that looked like baked potatoes”. And in “Proof,” the Jewish, Boston-born Louis has been obsessed with Scotland since he married his Scottish wife. (“Louis had wanted a kilt and Arlene (née MacLean) had forbidden it: that was the story of their marriage.”) Louis’ middle-aged son David has brought the grieving Louis, now suffering with dementia, to Scotland, and the point of view shifts seamlessly between the fretful David and dreamy Louis. In a marvelous, funny scene, Louis once again becomes father to the struggling David.

Oh, does Lauren Hough have a story to tell. Born into an apocalyptic cult called the Family (also known as the Children of God), Hough grew up in group homes in Germany, Japan, Switzerland and elsewhere, often without enough food, and steeped in the strange prophecies of cult leader David Berg. Because of the Family’s theology, Hough had to smother her identity as a gay kid throughout her adolescence.

After high school, Hough joined the Air Force during the “don’t ask, don’t tell” era (1993–2011) and was stationed in South Carolina. This is where we first meet her in Leaving Isn’t the Hardest Thing—in 1999, standing in her yard watching her new car burn. Someone, likely another airman, has set it on fire, but the sheriff thinks Hough is the prime suspect.

In the 11 linked essays that make up Leaving Isn’t the Hardest Thing, Hough recounts these sorts of experiences, such as her last days in the Air Force, when she was more or less pushed out for being gay; her desperate search for a job and home; her work as a bouncer at a gay club in Washington, D.C.; her first romantic relationships with women; her stint in jail for an assault she may or may not have committed; and her years working as a cable guy. Beneath all her turmoil is the trauma of growing up in the Family—the sleep deprivation, the endless singing, chanting, praying and preparing for Armageddon, the proselytizing and selling posters on the street, all while trying to avoid adults’ and boys’ sexual advances, which the Family tacitly encouraged.

These essays are funny, profane and deceptively loose, as if Hough is talking to you late at night in a quiet bar. But they’re also well crafted and make unexpected connections among Hough’s disparate experiences, her search for identity and the larger culture. Most of all, Hough’s writing is about voice, and her distinctive style is what carries the reader through. By the collection’s end, you feel you know her, and you know she’s finding her own way through writing. Hough is a writer to watch. (From my BookPage review.)

It’s been a long time since I’ve read a Sue Miller novel; I think While I Was Gone was the last one. Her new novel, Monogamy, came out this fall. It’s the story of the long marriage of Annie and Graham, through several perspectives, but mainly that of of Annie, the quiet, more reserved partner to the gregarious, larger-than-life Graham. Graham owns a bookstore in Cambridge, and when the novel opens, Annie and Graham are getting ready for a reading and dinner party. (Actually, the novel’s first line is “Annie had been single for seven years when she met Graham,” so we spend some time in the past, and in summary, before getting to the present.) Graham’s having an affair, and trying to get out of it. Not long after this revelation, Graham dies of a heart attack. This isn’t really a spoiler—the novel’s publicity mentions it. The rest of the novel is the aftermath—how Annie copes, and grieves, and what happens when she learns about the affair. The narrative also moves into the POV of daughter Sarah, first wife Frieda, and Lucas, son of Graham and Frieda.

It’s a very Sue Miller novel. Meditative, lots of interiority, beautiful passages of summary of their past—the swinging Cambridge of the early 70s, for instance. If you’ve read this novel, let me know! I feel the need to talk to someone about one of the characters, or rather the relationship between two of the characters! 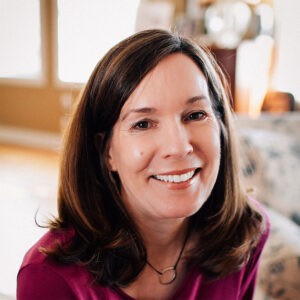 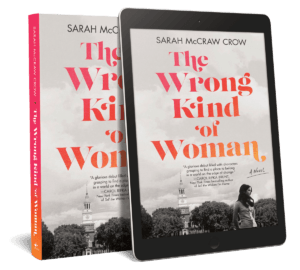